As I mentioned in the entry Hello Puerto Rico!, Giselle’s daughters spoke English very well. All three were learning at home, none of them went to school. It’s called ‘homeschooling’ there, and they were doing it in English. Once in a while, they met up with other children who were also homeschooling for some projects and other things like that. 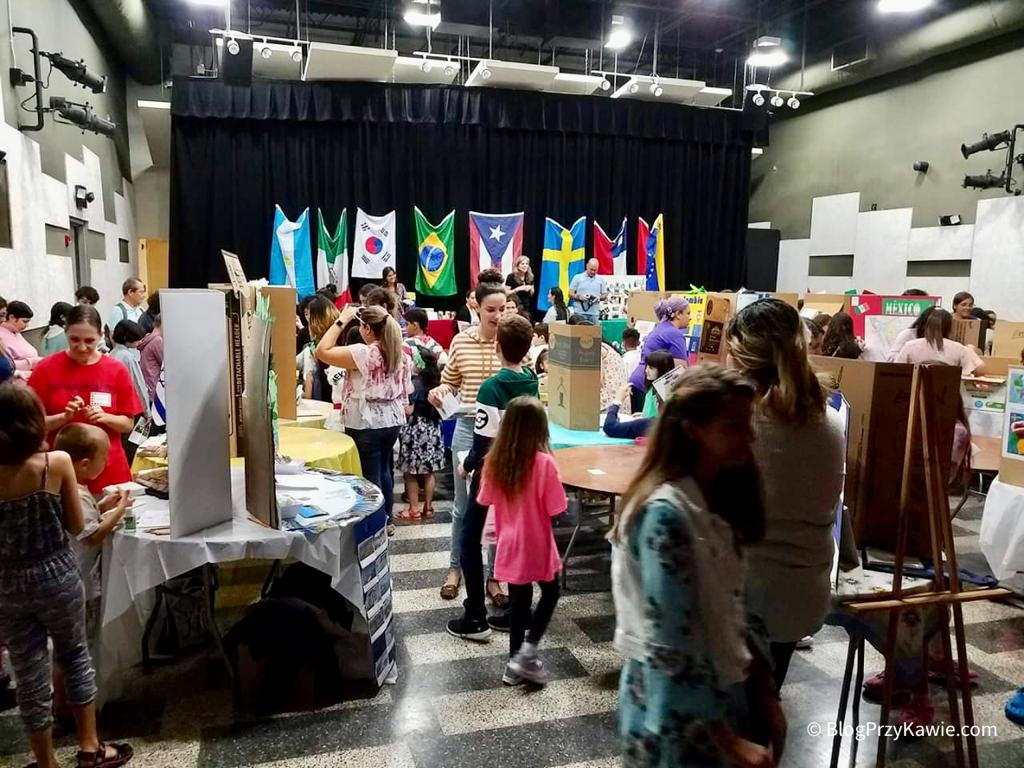 For the first few days, it also crossed our minds that our children should learn the same way, because it would be easier for them in English, but I soon shook off the cupid and started to think realistically. I don’t know, some kind of temporary eclipse I got. I don’t know how I thought I could sit at home all day with four children and still stress about whether they were doing the homework or learning anything from it. Fortunately, I realised this in time, and we sent them to a residential school. At least they learnt a bit of Spanish and made some new friends, whereas otherwise they would have stayed at home forever, with neither learning nor friends. Anyway, you can imagine what it would look like. They would sleep until whatever time, because they would have an entire day to do the work, so they would do it later, and instead they would go to school at 8 a.m., do their time, learn something and then go home and do their homework.

As standard, I acted as a taxi driver for everyone. First I drove the children to school and then my husband to work. Shopping later and back home. After, of course, walking the dog and cooking dinner because, contrary to appearances, our children were coming home hungry after eating lunch at school anyway. 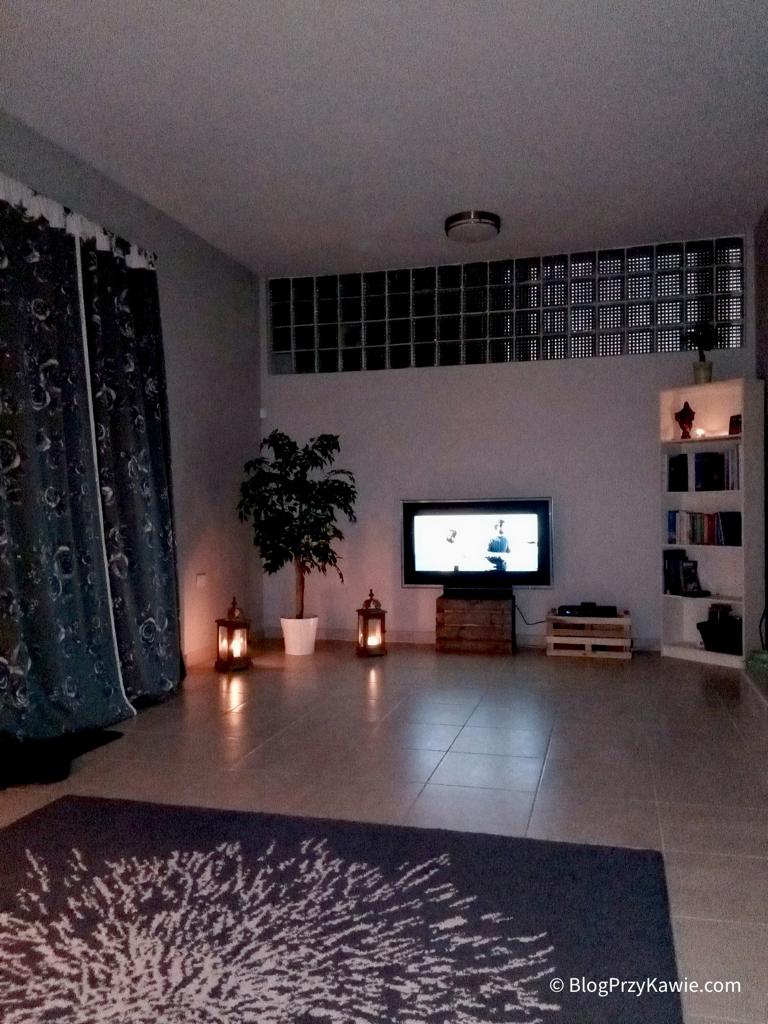 Our TV against the wall of the living room, looking from a seat on the sofa

Once I’d got to grips with unpacking, and we were able to live as such, it turned out that the TV we had in our house from Ireland, which was taking 3/4 of the wall,  in Puerto Rico we could barely see it. A terribly strange feeling. Suddenly it was as if we had switched from a 40″ to a 15″ screen (and small it was not) 😉. 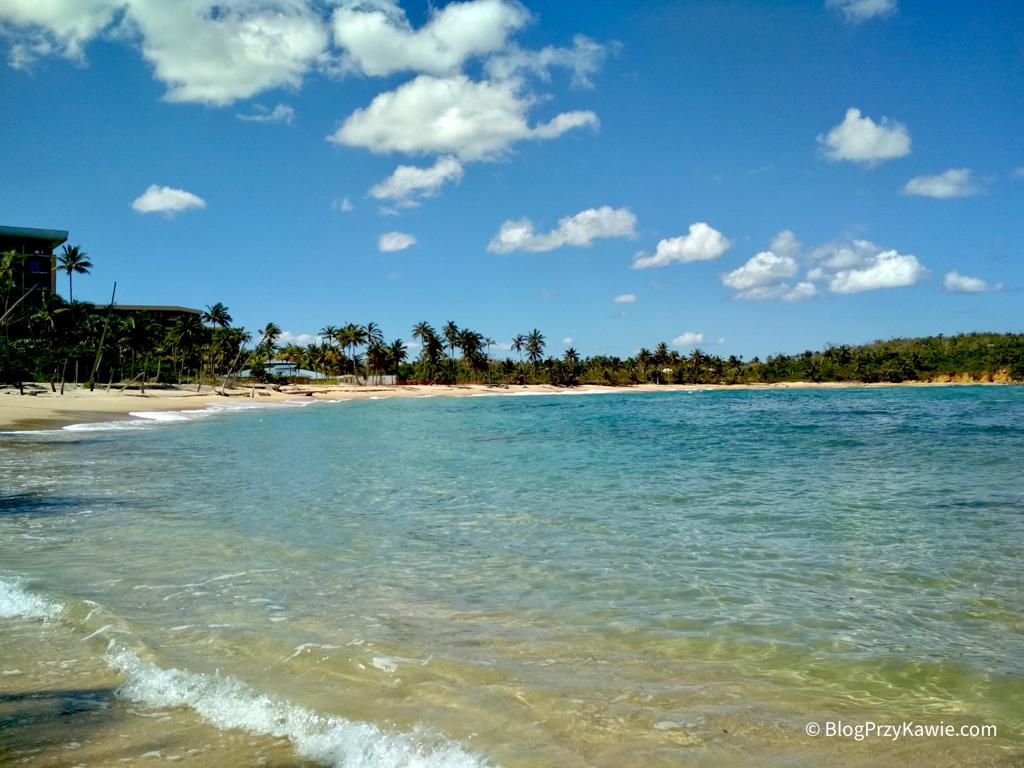 It was time for more peace and more leisure time. We found a second beach not far from our house. Much bigger and much nicer. This one also turned out to be “private”. Hardly anyone was getting there. Perhaps because the beach belonged to a hotel that was unfortunately closed after Hurricane Maria passed through Puerto Rico. We found such a secret passage that led along the fence straight to the beach. The view is beautiful. White sand. The water celadon, turquoise, blue, whatever you prefer. 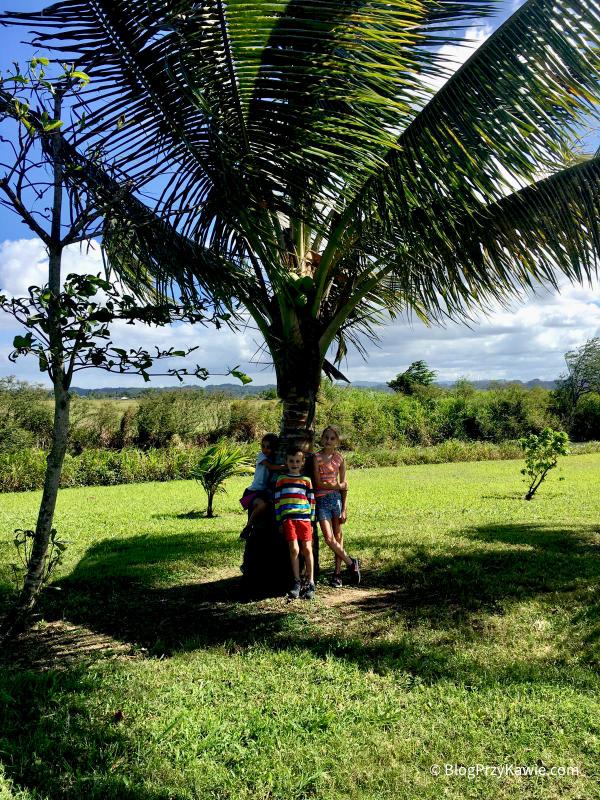 We slowly began to explore the area. First we made our way to the nearby Gran Parque Agroturístico Ecológico Recreativo El Dorado park, where children could see various animals, even a pet and feed them. 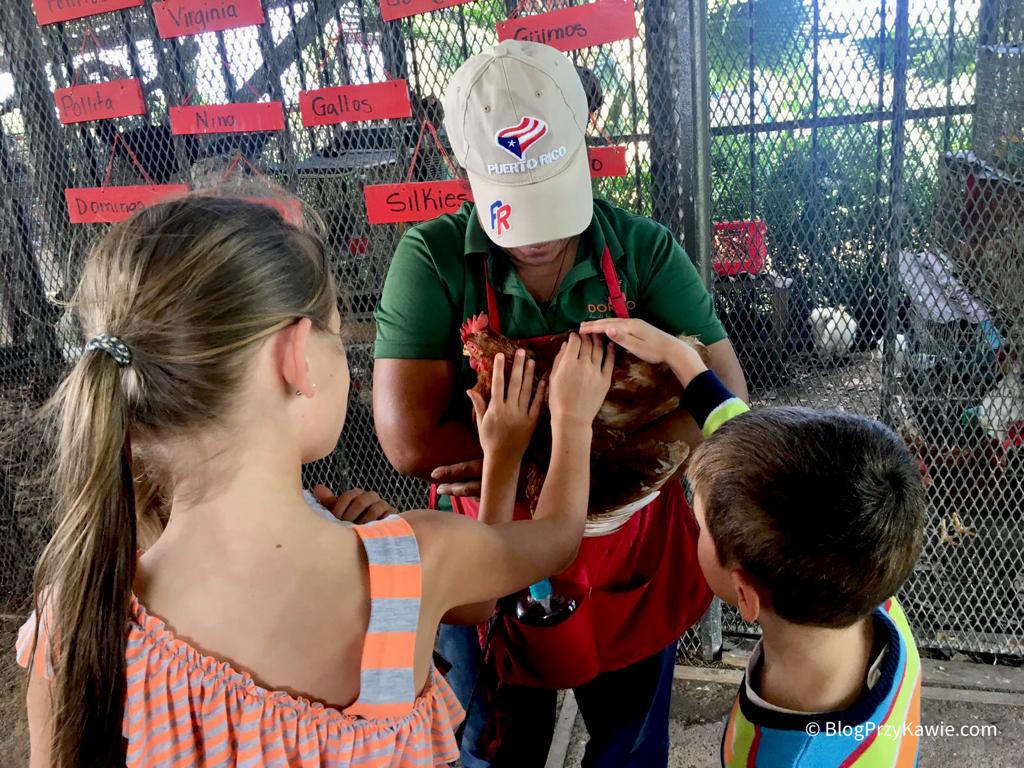 There was also an area with a playground for children. Overall a very large, beautiful, green area. The biggest attraction was the 100-year-old tortoise and the feeding of the calves. A very successful outing 😊. 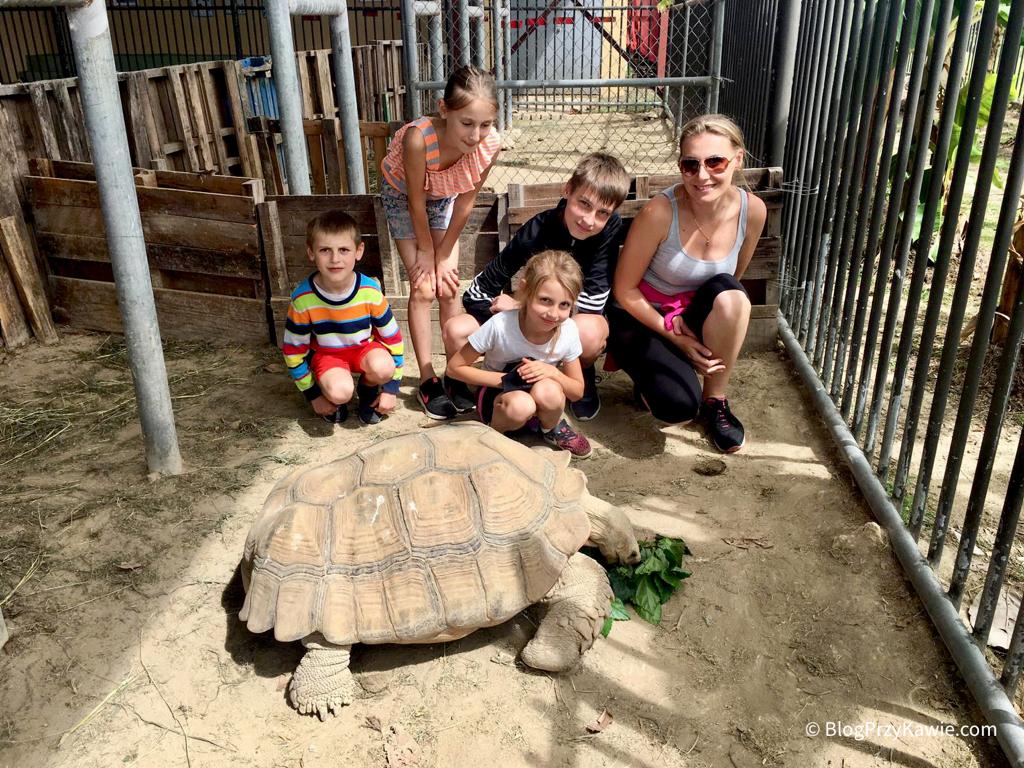 Due to the hot weather and the lack of a pool by the house, we bought the kids an inflatable  pool, to cool down during the hot (hahaha as if it was ever going to be cold 😆) days. As for the heat, the only plus was the express drying of the laundry. I didn’t even finish to hang all my clothes, and the first ones were already almost dry. 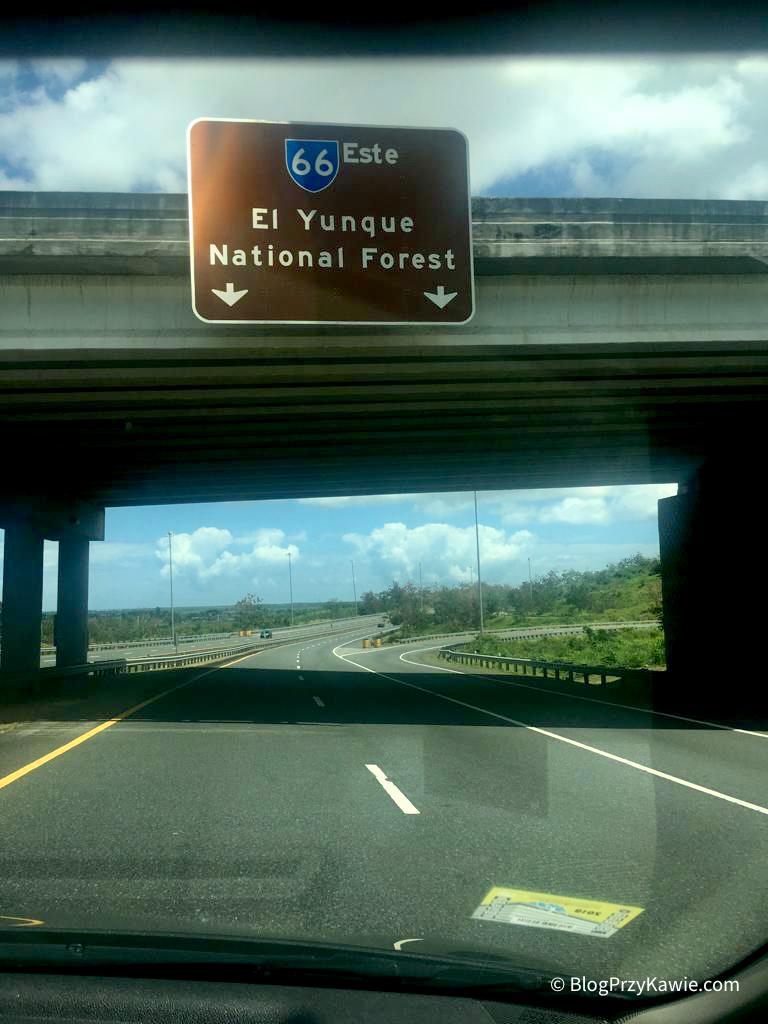 Two months after arriving, we decided to go to El Yunque National Park, called the Rainforest. We had a wow trip. Believe me, it’s unforgettable 😉. We drove for over an hour as it was 84 km from our home. Happy that we are almost there, that we will walk around, the dog was also very enthusiastic, we were looking up for our destination. Once we arrived, we unpacked from the car and set off ahead. Once we had walked quite a distance from the car park, I suddenly had to go back with my son and look for some toilets. The rest of the company stayed and waited for us. The road in search of a toilet seemed endless. We even passed the car park. But we made it after all. We found it! Hurrra!!! Once settled, we headed towards the rest of the company waiting for us. 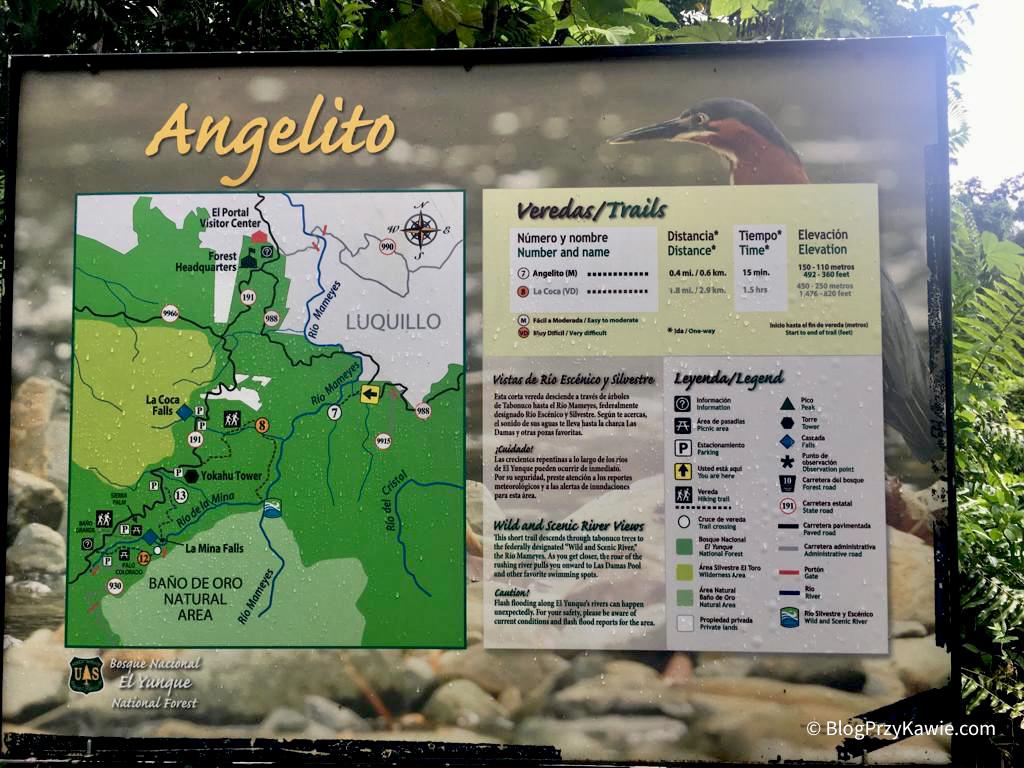 And this is where it started …. . What do you think? What has started? For those who don’t know, I can explain. Well, it started to sprinkle. We moved forward bravely, but unfortunately, we didn’t get very far because, unbeknownst to us, when and how it poured, not a single dry spot was left on us. They were there, we were about 1 kilometre away from them, at least that’s what I think, and on top of that I still had our car keys with me, so they couldn’t even hide from the rain. Rain, haha delicately put. When it stopped pouring but was still raining, we decided to join them. All in all, there was probably nothing worse that could have happened to us. You can imagine their faces when we approached them. As you can imagine, the trip hadn’t even started yet, but already had to end because we were soaked to the skin. The kids stripped off their clothes. My husband squeezed the water out of them, and we returned home.

Some of the smarter ones, perhaps locals, took precautions and walked around in swimming costumes 😜. We unfortunately didn’t come up with it, after all, who would have thought that it could suddenly start raining in the Rainforest 😂. Well who …, just tourists like us 😜. Unfortunately, this is also the reason why we have hardly any photos 😞.

You can see some photos of the Gran Parque Agroturístico Ecológico Recreativo El Dorado in the Puerto Rico Gallery under the Great Agrotourism Ecological Recreational Park Album. 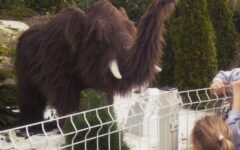 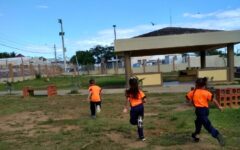