Ripley’s Aquarium of Canada is a public aquarium in Toronto, Ontario. The aquarium opened to the public in October 2013 and it is located in downtown Toronto, just south-east of the CN Tower.

The aquarium has 5.7 million litres (1.25 million gallons) of marine and freshwater habitats from across the world. The exhibits hold more than 20,000 exotic sea and freshwater specimens from more than 450 species.

In the video below you can see different types of jellyfish, how they “dance” and how they beautifully change the colours.

In the next video you will see different species of stingrays during their feeding time.

The water in the aquarium with stingrays is about 24 ‘ C. They are not aggressive, on the contrary, they are very sociable and at the same time shy. They use their tails to defend themselves as a last resort. The impact of such a tail is very painful, so they are cut off not to harm others. This is a painless procedure for them, just like cutting nails. Their tails grow back like a lizard’s, so you have to repeat it over time. That’s why every 90 days they have a “manicure.”

In mid-2014, whe n this video was recorded, the oldest stingray in the aquarium was 18 years old. It was called “grandfather”, weighed 200 pounds (90 kg), and was the heaviest and the most shy stingray of all at that time.

In the last video you can see a tour of the Aquarium, admiring different species of fish, and believe me, some of them are impressive.

Finally, take a look at a few more photos of other specimens. You can find more photos in the Gallery in the album Canada.

Personally, I encourage you to visit the Aquarium as soon as you have the opportunity, because the impression is incredible. 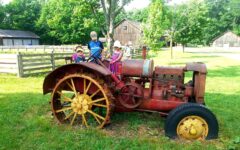 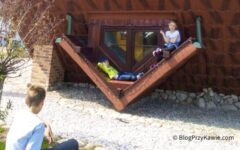 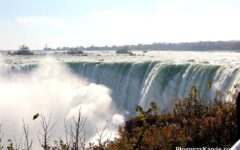